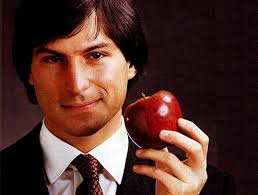 One headline describing the medical leave of Steve Jobs went like this: “Steve Jobs to take medical leave. Again.” Obviously, his health is his primary concern. But the way that headline is written aggravates the heck out of me. It’s like Steve is habitually missing work. “Oh, he’s late. Again.” Give the guy a break. In the nearly 7 years since he had pancreatic cancer, look at what the company has achieved.

The company closed out 2004 with a stock price of $32. It ended up Friday at about $348. I own a bit of Apple stock, so I can attest to the return. So when the stock takes a dive tomorrow, which seems a certainty, view it in that perspective. And, if you’re like me, view it as a buying opportunity.

The truth about Apple is that it couldn’t have achieved that kind of growth and innovation on the back of a single person. Certainly Steve Jobs is the reason Apple survived the mid-1990s. But he has surrounded himself with a great team. And that’s how they’ve conquered the past decade. Hopefully he’ll be back and better than ever sometime soon. But in the meantime, under the leadership of Tim Cook, I wouldn’t expect Apple to miss a beat.