Anyone who was into computing in the 1980s knows the name Commodore. 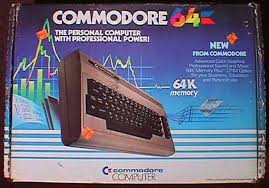 The company revolutionized home computing with the Commodore 64 in 1982. We had a couple around a video production company I worked with back then (we used them for teleprompters, mainly), and the company forged a hugely loyal base of users (some might have been as rabid as Apple fans — then and now).

Commodore was among the first to produce a practical personal computer that could handle video editing–the Commodore Amiga 2000, in 1990, which could run the Video Toaster application. Unfortunately, Commodore ran into the Microsoft buzz saw and went bankrupt in1994.

Now, Barry Altman, an entrepreneur from Florida, is trying to revive the brand. This really is nothing more than a licensing deal to put the Commodore name on Windows boxes. But it’ll be interesting to see if, as Altman hopes, boomers with some nostalgia for those great machines of yore will line up to buy it array of all-in-one Commodore64bit machines. It will all come down to marketing, and after spending $30 million (with help from Korey Kay & Partners), I guess Barry will have his answer.

It might be easier to revive an old brand name than it would be to invent a new one. Who knows, maybe Ford will revive Merkur for those of us with a similar nostalgia for the 1980s.